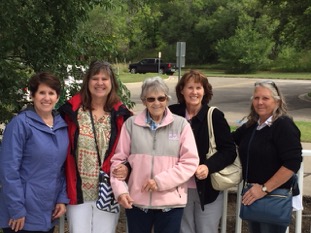 Every year my sisters and I take my Mom on a trip….we call it Girls' Week. It is always the last week in August. That seems to be the best time that we can all get together. We always let my Mom choose what she would like to do. She will be 84 on the 23rd of October and has a few health issues so we usually go someplace that we can drive. This year we went to Bismarck, North Dakota. For everyone that doesn’t know; my Mom and 2 sisters (Marie and Kathy) live in Glendive, Montana and my sister Susan lives in Billings, Montana, so Bismarck was fairly close.

The first night that we arrived we went on a riverboat ride called the Lewis & Clark Riverboat. We were joined by two friends that live in Bismarck, Bruno and Cindy. Bruno has been a long time family friend; he likes to think that he is another brother….and we let him believe it. The weather was perfect and we had a great time.

The next day we went antiquing, Bruno showed us all the antique stores. One thing that you have to know about Bruno is that he is a wonderful story teller. When we stopped for lunch, Bruno proceeded to start telling “Bruno stories”. He had us laughing along with others in the restaurant. There were a couple of ladies that had finished their lunch but just kind of loitered so they could hear Bruno’s stories.

We went to the Double Ditch Indian Village State Historic Site. It is 24 acres that is one of the most spectacular archaeological sites in the Northern Plains. 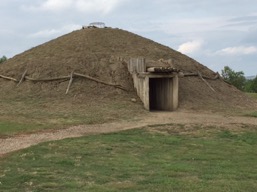 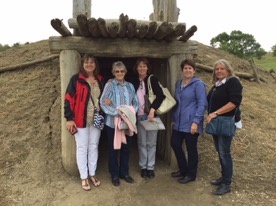 We spent one day at the North Dakota Heritage Center and Museum learning about the history of North Dakota.

Outside of Mandan there is the Fort Abraham Lincoln State Park. It was from this fort that Lt. Col. George Armstrong Custer and the 7th Cavalry rode out on their expedition to the Little Big Horn. I wish that I had taken a photo of George Custer’s home. 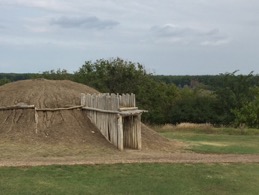 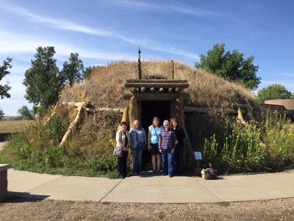 Also located at Fort Abraham Lincoln is an Indian Village called On-A-Slant. It has six reconstructed earth lodges that depict the lifestyle of the Mandan Indians, who occupied this site from about 1575 to 1781.

On our adventures we also stopped at the Knife River Indian Villages National Historic Site. This site was home to a Hidatsa village with a total population estimated at over 3,000. This was very fascinating because they had a lodge showing what it might look like occupied by a Hidatsa family. 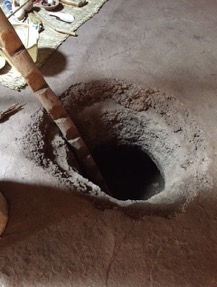 The hole in the floor of the lodge was used to store their food. It was said that they stored seeds for planting for two years just in case they had a bad year. 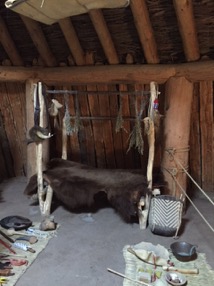 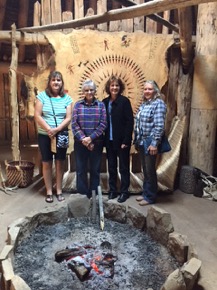 We had a wonderful “Girls' Week 2018”! Check out next year to see what adventure we go on.

How can we help?